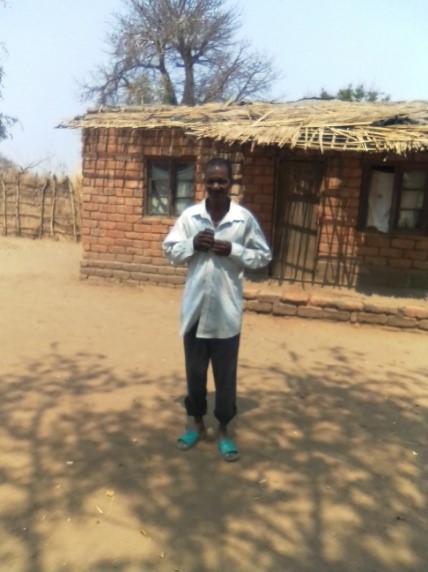 Mr Jeremia Makinile aged 55 lives in Lumwira village TA Kachindamoto, Dedza. He is one of the 900 beneficiaries of the Welthungerhilfe supported Multisectoral food and Nutrition for Yong Smallholder Farmers Project. 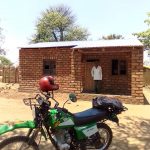 He initially learnt about permaculture from a lead farmer and later attended a 3 day introduction to permaculture course. In the third year of project implementation, he started small scale irrigation with support from the project which provided him with a treadle pump after he paid a MK20, 000 deposit.

He cultivated leafy vegetables and tomatoes in the first year of using his treadle pump 0n 0.1ha. From 1280 mustard plants and 1500 tomato stems, he realized MK510 000 which he used to mold bricks and buy iron sheets.

He has since replaced the grass thatch with corrugated iron sheets. He now plans to buy his own land where he can grow more crops.