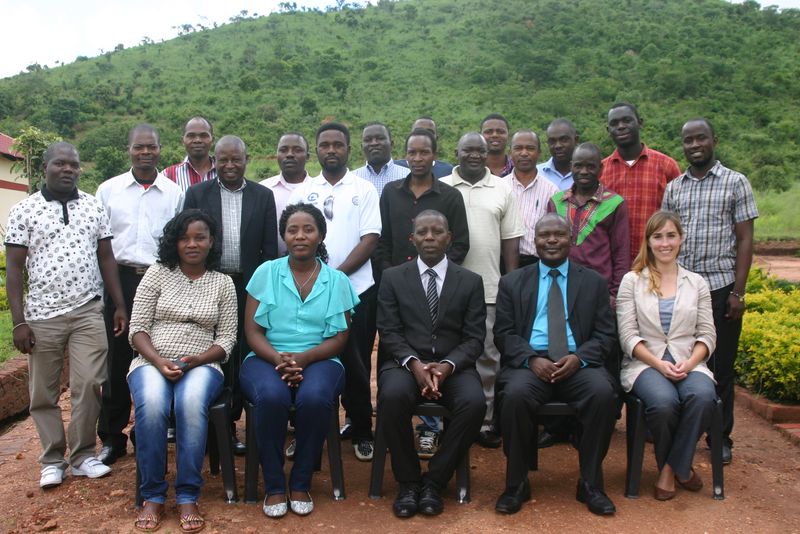 On the February 19,  Kusamala through the Climate Smart Agriculture project, and in conjunction with the Dowa Civil Society Network, held the 3rd annual Dowa CSO Network meeting. This was the final of three meetings that were planned in the project. The first was held in 2014 under the theme: Achieving Large-scale Social and Environmental Impact in Dowa District, the second, Building Civil Society Sustainability and Sharing Knowledge, was held in February, 2015. The third and final annual workshop in the CSA project was a continuation of these meetings and that is why it was held under the same theme as the second workshop. Held at Hillside Executive Lodge in Mponela, the meeting was patronized by representatives of different non-governmental organizations working in Dowa district and the Director of Planning and Development – Emmanuel Bulukutu and Monitoring and Evaluation Officer for Dowa District Council – Harrid Bashir Nkhoma. Inspired by a West African proverb which says “If the music changes, you must change the dance steps,” the workshop presented an opportunity for a wider range of district multi-stakeholders to deliberate on pertinent development issues in the district ranging from: the current and projected hunger situation, CSO Network sector committees and report formats, membership, open day, mapping and database; and to sign the MoU between the CSO Network and the District Council. All the deliberations went as planned, but on the signing of the MoU it was agreed that it shall be done at a later stage because it needed the District Commissioner for Dowa District and the Chairperson for the District Council to be in attendance and sign the documents. It was proposed that the signing should be done at the next District Executive Committee (DEC) meeting. After a year of reviewing and commenting on the draft MoU, time had come to put the pen to paper. During the DEC meeting that was held last Thursday, February 25, 2016, the MoU was finally signed between the CSO Network and the District Council. Signing on behalf of the District Council was the District Commissioner; on behalf of the people of Dowa was the Council Chairman. For the CSO Network, Maxwell Kadutsa from Mponela AIDS Information and Counseling Center (MAICC) signed in the capacity of CSO Network Chairperson, and Chisomo Kamchacha of Kusamala signed as witness in the capacity of CSO Network Secretary. The signing of this document makes it mandatory for any NGO working in Dowa district to be part of the CSO Network. Following the 3 meetings, we can conclude that we have run the race of Building Civil Society Sustainability and Sharing Knowledge and are on the way to Achieving Large-scale Social and Environmental Impact. Even though as the CSA project is approaching its end, this is only the beginning of the journey for Dowa CSO Network. We hope that this foundation will sustain improved livelihoods for the citizens of Dowa district.