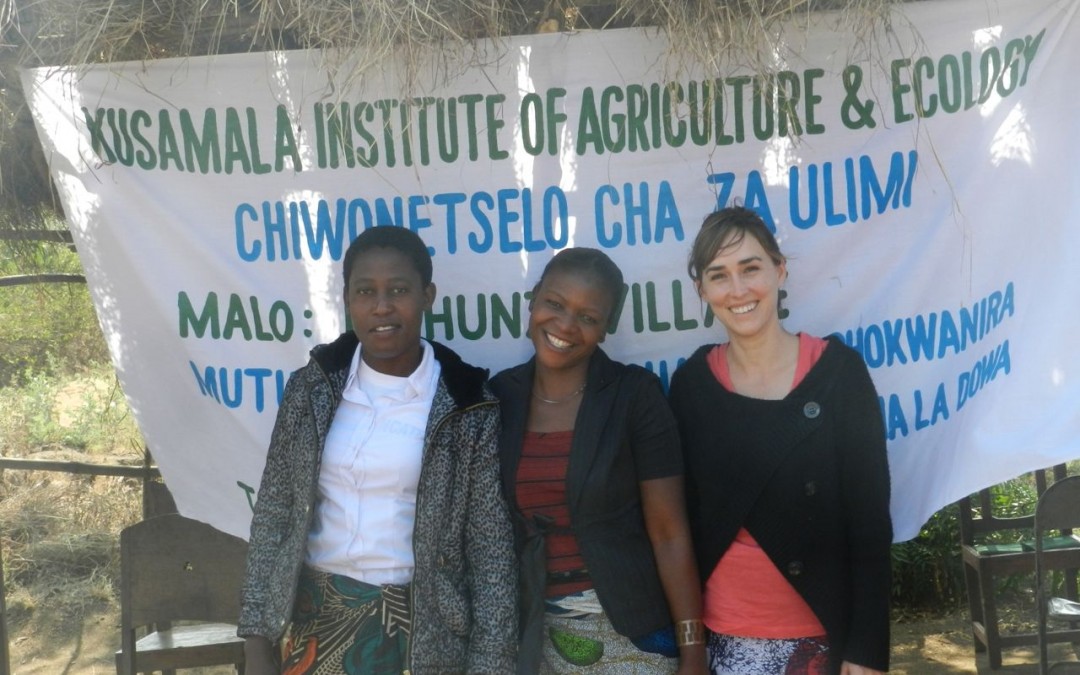 Success is measured through visible testimonies and sharing with the people around you. Farmers who are working under Kusamala’s Climate Smart Agriculture (CSA) project in Dowa were happy to showcase their success stories on a first farmer field day which took place in Mthunzi village on 30 June 2015. In attendance were the Sub T/A Mtsinje (who was the Guest of Honor), the Counselor of the area, Kusamala Executive Director Molly Cheatum, officials from the ministry of Agriculture, Kusamala staff working on the project and more than 200 farmers from the surrounding villages. Activities during the day were inspecting the staple fields where farmers have made beds and mulched, the bananas planted around their homes which were distributed to farmers in September last year and that are now producing fruit, mulched gardens were farmers are applying manure and intercropping with marigolds to prevent pests, inspecting upland rice gardens, and learning how to make both liquid and bokashi manure. Additionally the produce from last year’s growing season which they followed CSA practices was on display. One of the farmers shared a testimony that he harvested 27 kilograms of rice from 5 beds using only manure and this was very impressive. Another farmer who has also received bananas from Kusamala shared his success story that he has never seen a fast growing banana like this type: it was planted in September last year but will be harvested next month. “After planting my banana, I told my wife and kids to bath frequently even if it means four times a day” the farmer said the bananas have increased their bathing habits and they are now hygienic since they are planted in areas around their bathing shelter. Addressing the gathering, sub T/A Mtsinje stressed the need to maximize the ground cover to increase moisture on the land. He therefore told his fellow chiefs to be on the lookout for anyone burning the maize stalks, feeding animals in other people’s fields or gardens, and if anyone is found doing so, they should be dealt with accordingly. This will help the implementation of the project and the area because it will combat the problem of farmers lacking mulching materials and will also make sure their crops will be protected from animals thereby ensuring food sovereignty and an increase in income from the sale of surplus harvests. The function was organized under a theme: Achieving Food Security Through Climate Smart Agriculture with the key messages around; maximizing groundcover, crop diversification, and staple alternatives to maize such as upland rice.