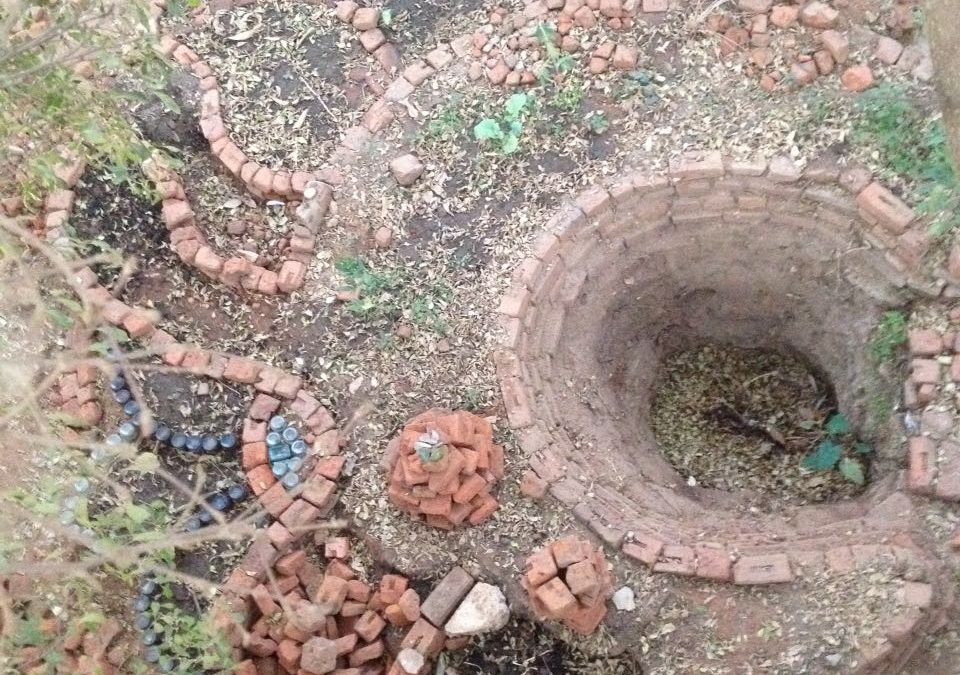 Contributed by Oliver Ehler who joined Kusamala in 2016 as a volunteer from Germany under the Weltwaerts program. After learning all he could on permaculture, Oliver went straight to work in starting his own permaculture project. Here is what he has to say about his volunteering experience at Kusamala and his new project:

I started the project at the beginning of March 2016, however it was adopted into an official Project of Kusamala in the following month. After pitching my idea to Kusamala I was given one day per week to work at my home garden which I established in the yard surrounding the volunteers house in 18 B, Lilongwe. Additionally, I was given the possibility to propose for extra days in order to put bigger projects in the garden which enabled me to proceed much faster. I am very thankful for that, as I hope to finish the design of the garden in the remaining 5 months after which I will be returning to Germany.  In future time the day-off is planned to be only used for maintaining the garden, and also this one day should be enough to care for the whole garden. As Kusamala is, my garden was also developed to demonstrate how Permaculture can be applied in the urban area. As a citizen in a city this garden is more of a hobby but is also able to generate a pocket-sized income as well as beautify my surroundings. These needs form three guidelines or columns: productivity, effectiveness and beauty. Meaning with the least effort, you can get maximum yield while beautifying your surroundings. When I leave, another volunteer will take over my place at Kusamala and at the house, so I want him or her to find an easily accessible and beautiful site which also satisfies him/her with a good yield. With this garden I want to create the spark that can ignite the fire of Permaculture in my successor.