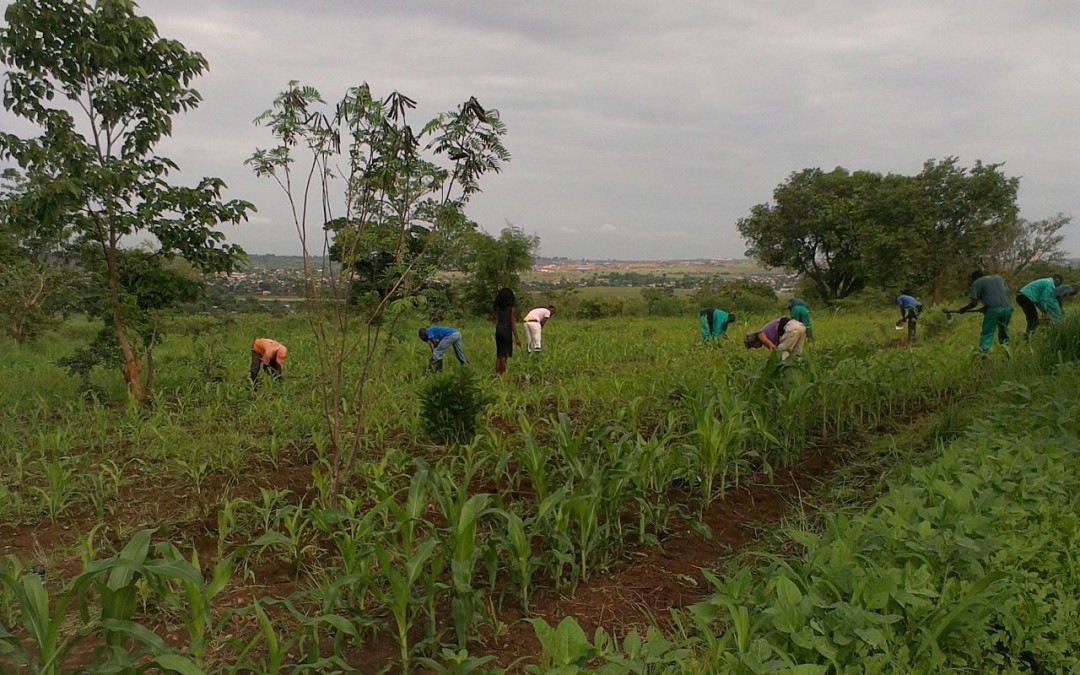 While this year’s rainy season has been marked by devastating floods in the Lower Shire Valley in the Southern region of the country, here in Lilongwe the rains have been much less destructive and have generally brought a wealth of new growth. Kusamala’s staple field is thriving since the rainy season began in earnest roughly a week before Christmas. The first soaking rains still came later than they traditionally do, so maize and upland rice were dry planted just before the rains, followed by legumes and tubers after the rains arrived.

Our staple field crops follow a rotational growing plan to control pests and diseases and to avoid depleting nutrients. For example, the areas of the staple field that were planted to maize and rice last year, have this year been planted with legumes in order to replenish nitrogen lost to the heavy feeders of maize and rice. As the rains continue to fall and the crops flourish, our staff is busy hand weeding beds in our upper plot, to keep soil disturbance to a minimum, as well as applying liquid fertilser made from Tithonia leaves (Mexican Sunflower) and cow manure. To date the following have been planted in our staple fields:
maize
sorghum
groundnuts
beans
soya
pigeon peas
cow peas
sweet potatoes
cassava
upland rice