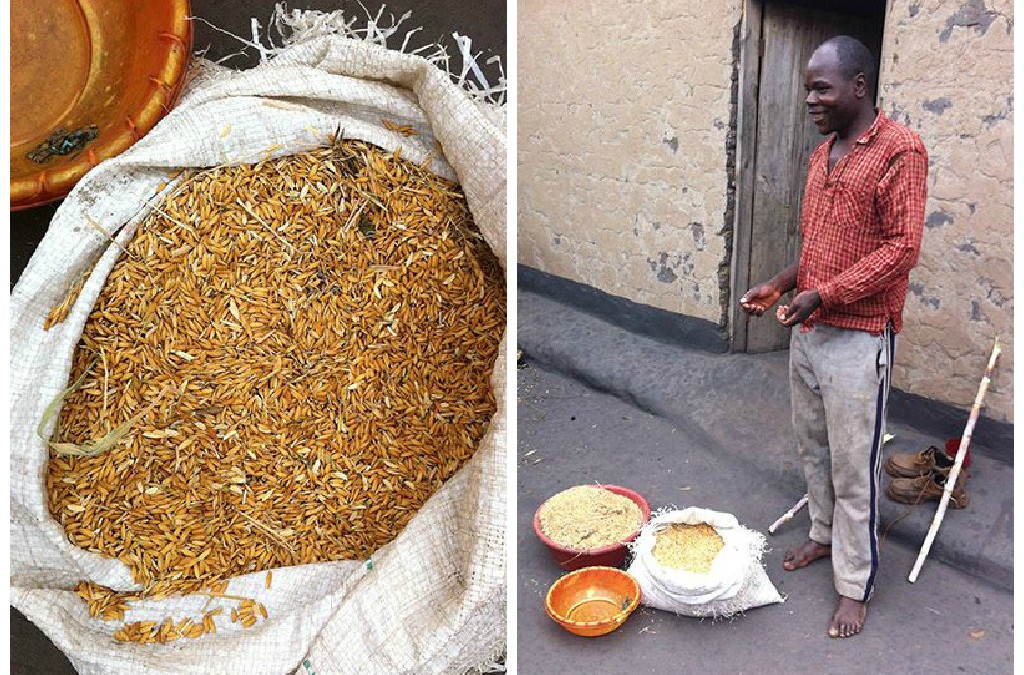 Harvest festivals are a common tradition around the world. Usually, this is the time when all the crops have been harvested. In many parts of the world, these festivals are annual events because they follow the harvest of the main crops of that particular country, or community. And considering the diversity in staple foods, I should assume that every time of the year there must be a harvest festival somewhere. However, in the face of climate change this may soon not be true. It is imperative that our farming systems be transformed in order to ensure that growing seasons are extended so there is a harvest at each time of the year.  This could be made possible through many ways including crop diversification. Looking at crop diversification as an indicator of climate change adaptation, we can learn from the stories of our CSA farmers in Dowa. The joy of bumper harvest overflows amidst the song of Climate Change in Dowa district.

A dietary recall done in December 2013 as part of our baseline survey indicated that 91% of our farmers reported to have had a banana in the three days before the survey was taken. However, 70% purchased or bartered for the bananas while only 23% were producing it themselves (6% had been shared or given as a gift). Empirical evidence shows that most of these bananas were a local variety which is low yielding. In the second year of the project, Kusamala distributed 2,000 banana suckers to 1,500 farmers who are participating in the CSA project. The farmers were encouraged to plant the bananas around their homes, specifically behind their bathing shelters as a way of reusing the grey water that comes out of the showers. Barely less than a year has passed and now farmers are  enjoying the fruits of their hard work. Mrs. Flawo is one of the farmers who planted a banana and she is now sharing their joy. She says that it is only last year that she planted this banana, but now it has fruit on it. She is happy because there are 10 bunches on this banana compared to the local variety which usually have 2 bunches on it. She says some bananas will be fed to the family, and some will be sold. She says, because there are 4 suckers shooting below the ground, she will have more bananas which will help improve her life and that of her family members. Mrs. Flawo thinks this will be a sustainable alternative source of income for her household.

The climate continues to get more unfavorable for many crops in Malawi. The past season was characterized by a delayed start of the rains, a long dry spell, and an early cessation of the rains resulting in complete crop failure for some farmers in some areas. In an effort to increase crop diversity, some of our CSA farmer planted upland rice. Traditionally, rice is grown in lake-shore areas in Malawi, however the variety planted by our farmers in Dowa tried is meant for the growing in the uplands. One of our farmers who planted upland rice, Mr Chalera, managed to harvest 27 kgs from a 10m by 10m area even with sub-optimal weather conditions and has even provided 1 kg of seed for planting in the future. He has resolved to expand during the winter season and irrigate the field. In the next rainy season, he intends to plant rice on a 1 acre plot where he used to plant maize so that he can compare the yields. He feels rice could be better as he is using less inputs (manure not synthetic fertilizer) than maize. Following his success, four other farmers are now following suit and are planning to grow the upland rice variety. Mr. Chalera is another successful CSA farmer and proud gardener. His wetland vegetable garden has been transformed through the permaculture and agroecology techniques he is learning from Esimy Chioza one of our hardworking CSA Community Coordinators. In his garden, he has planted mustard, amaranth, tomatoes, onions, pumpkin greens, and marigold and has sown rice for winter. All the vegetables have been intercropped together and he has mulched the gardens to help retain much needed moisture.